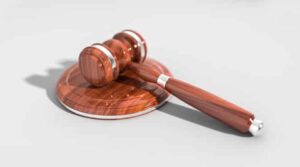 Shows wooden gavel and round block on white table at court

The APN gratefully acknowledges the contribution of the material in this issue by Brent Weenink, Esq., managing director of Southpac Trust Limited (Cook Islands).

In 2002 the Cook Islands were removed from the OECD blacklist (See, APN, XI, No. 2), and, on May 7, 2003, the Parliament of the Cook Islands passed a suite of Acts to update its money laundering prevention laws and procedures with the expectation of also being removed from the FATF blacklist. The Acts are: Financial Supervisory Commission Act 2003, Banking Act 2003, Financial Transactions Reporting Act 2003, Crimes Amendment Act 2003, Criminal Procedure Amendment Act 2003, Proceeds of Crime Act 2003, Mutual Assistance in Criminal Matters Act 2003 and the Extradition Act 2003. The drafting of these Acts was completed following a visit to the Cook Islands of a team from the International Monetary Fund, who reported their findings to the FATF in June. While the legislative package is still being studied by the IMF and the FATF, it is fully expected that the updated legislation will meet FATF requirements for the removal of the Cook Islands from their “blacklist”.

The Financial Supervisory Commission Act 2003 establishes a new supervisory Commission to license and regulate all trustee companies and banks providing domestic and international trustee and banking services in or from the Cook Islands. The Commission is to consist of five appointees, each of whom is required to have qualifications in law, accounting or finance. Certain persons such as members of Parliament and persons engaged in the finance and banking industry are ineligible for appointment as members of the Commission.

The Commission has broad supervisory powers over those institutions that it licenses. The new legislation replaces the Offshore Financial Services Act 1998 which has now been repealed.

The Banking Act 2003 sets out a new licensing regime for domestic and international banks and introduces increased levels of regulation and supervision. Although existing banks licensed under the previous domestic banking legislation and the Offshore Banking Act 1981-82 are deemed to be licensed under the new Act, that license expires in one year’s time.  Accordingly, all existing banks are required to apply within that year for a new licence and to meet the more stringent criteria set out in the new Act.

The Financial Transactions Reporting Act 2003 formally establishes customer identification procedures for “financial institutions” which in this Act has a broad meaning and includes trustee companies, banks, money transfer services and those operating trust accounts such as lawyers, accountants and real estate agents. The Act does not spell out in detail what is required in the way of identification but enables regulations prescribing identification documentation or procedures to be made.

It is expected that in the case of customers who are individuals, notarized copies of passports, drivers’ licences or similar photographic identification will still be required. In the case of corporate clients, the Act requires that financial institutions must verify their legal existence with particulars of their principal beneficial owners. Financial institutions are also required to carry out greater ongoing scrutiny of customer transactions and to maintain transaction records for 6 years.

The Financial Transactions Reporting Act 2003 also requires the reporting to the Cook Islands Financial Intelligence Unit, of cash and international wire transfers exceeding NZD10,000 (approx. USD5,500). Suspicious transactions must also be reported to the Financial Intelligence Unit. The confidentiality provisions in other statutes relating to the financial services industry are over-ridden by this requirement.

The Crimes Amendment Act 2003 makes money laundering a crime. This offence was formerly provided for in the Money Laundering Prevention Act 2000, which is replaced by this latest suite of legislation. The Crimes Amendment also criminalizes market offences such as insider trading, market manipulation, etc.

The Extradition Act 2003 updates former extradition laws and includes money laundering as an extraditable offence. The Proceeds of Crime and Mutual Assistance laws are part of the money laundering prevention package and assist in the exchange of information for the purposes of apprehending serious offenders and tracing of criminal proceeds.

Donlevy-Rosen & Rosen, P.A. is a law firm with a focus on asset protection planning and offshore trusts. Attorneys Howard Rosen and Patricia Donlevy-Rosen co-founded the firm in 1991, and have since become recognized authorities in the field of asset protection planning. Let us explain the significant difference our experience can make when protecting your assets. Call 305-447-0061 or simply visit our contact page

WHO SHOULD BE THE TRUST PROTECTOR OF YOUR ASSET PROTECTION TRUST? IT REALLY DOES MATTER!