US Tax Compliance for Foreign Accounts 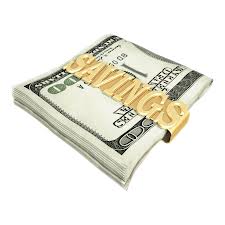 On August 19th the U.S. Internal Revenue Service announced that the Swiss bank, UBS AG, the United States, and Switzerland had reached an agreement under which the U.S. would file a request under the U.S. – Swiss tax treaty to obtain certain data regarding U.S. taxpayers (about 4,450 accounts). The Swiss government would then direct UBS to supply the account data to the Internal Revenue Service. This matter relates to U.S. citizens or residents who have unreported foreign accounts – regardless of whether those accounts are held within a foreign trust or in the individual’s personal name. We have received many inquiries asking how this affects our firm’s asset protection and offshore trust planning strategies. The good news is that our clients who are following our written compliance instructions should not be affected in any way.

WHO MUST REPORT FOREIGN ACCOUNTS?

Every citizen (regardless of where residing) OR resident of the United States (the technical term is “U.S. person”, and includes entities, although we are only discussing individual requirements in this issue) who has a financial interest in, or has signature or other authority over, any foreign financial accounts, including bank, securities, or other types of financial accounts, in a foreign country, if the aggregate value of these financial accounts exceeds $10,000 at any time during the calendar year, must report that relationship on Form TD F 90-22.1 (“Report of Foreign Bank and Financial Accounts”, referred to as the FBAR). The box on Schedule B of Form 1040 (asking the foreign account question) must always be checked if the taxpayer has any foreign account, even if the FBAR is not required to be filed because aggregate value of the taxpayer’s foreign accounts does not exceed $10,000 at any time during the calendar year. Note that the FBAR reporting requirement is established based upon the value of the account, not whether the account generates income. Thus, a foreign account in which the only asset is a non-dividend paying stock, would be subject to the FBAR reporting requirement if it exceeded the value threshold. If in doubt, it would be better to err on the side of reporting all such accounts.

In the case of a typical asset protection trust, a U.S. person has a financial interest in each bank, securities, or other financial account in a foreign country for which the owner of record or holder of legal title is a trust, or a person acting on behalf of a trust, that was established by the U.S. person and for which a trust protector has been appointed. Even if there is no protector, a U.S. person who creates such a trust and is a beneficiary of it would be deemed to have a financial interest.

DEFINITION – SIGNATURE OR OTHER AUTHORITY

The FBAR must be filed annually on or before June 30 of the year following the calendar year reported. Extensions of time to file federal tax returns do not extend the time for filing the FBAR, as no extension of time to file the FBAR is available. The form is not filed with the IRS, but rather is filed with the Department of the Treasury in Detroit, Michigan, or hand delivered to any local IRS office for forwarding to the Department of the Treasury in Detroit Michigan. If the form is filed late, an explanation of the reason(s) for the late filing should be attached to the form.

AMENDMENT An amendment of a previously filed FBAR is accomplished by checking the “Amended” box in the upper right hand corner of the first page of the form, making the needed additions or corrections, and then stapling it to a copy of the original form. A statement explaining the changes should also be attached.

Civil and criminal penalties, including, in certain circumstances a fine of up to $500,000 and imprisonment of up to five years, are provided for failure to file a report, supply information, and for filing a false or fraudulent report. In addition to the foregoing FBAR penalties, civil and criminal tax penalties may also be imposed

The IRS has announced an offshore account amnesty program under which taxpayers with unreported foreign accounts may qualify for reduced penalties and “generally eliminate the risk of criminal prosecution”. The amnesty program closes on September 23, 2009. Interested persons can obtain more information at the IRS web site, IRS.GOV. Note: the amnesty program only relates to reporting previously unreported foreign account income, and does not apply to unfiled FBAR’s. If a taxpayer reported and paid tax on all of his/her taxable income for prior years but did not file FBAR’s, the delinquent FBAR report(s) should be filed (with the Department of the Treasury in Detroit) together with a statement explaining why the reports are filed late. The taxpayer should send copies of the delinquent FBARs, together with copies of tax returns for all relevant years, by September 23, 2009, to the Philadelphia Offshore Identification Unit of the Internal Revenue Service.

Globally recognized professional asset protection planners in U.S. Donlevy-Rosen & Rosen, P.A. is a law practice with a focus on offshore asset protection planning. Let us explain the significant difference our experience can make when you want to thoroughly protect your assets. Call 305-447-0061 or simply send us a message using our contact page